Atopy is a risk factor for respiratory symptoms in COPD patients: results from the EUROSCOP study

Citation counts are provided from Web of Science and CrossRef. The counts may vary by service, and are reliant on the availability of their data. Counts will update daily once available. 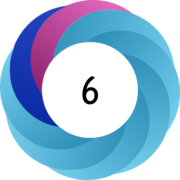 Altmetric calculates a score based on the online attention an article receives. Each coloured thread in the circle represents a different type of online attention. The number in the centre is the Altmetric score. Social media and mainstream news media are the main sources that calculate the score. Reference managers such as Mendeley are also tracked but do not contribute to the score. Older articles often score higher because they have had more time to get noticed. To account for this, Altmetric has included the context data for other articles of a similar age.

Mentions in news and blogs

This list highlights individual mainstream news articles and blogs that cite the article. Not all news and blogs link to articles in a way that Altmetric can pick up, so they are not representative of all media. Altmetric are responsible for the curation of this list and provide updates hourly.